I have a new poll posted. This time I am curious to find out how most old-school gamers handle damage when using older editions of Dungeons & Dragons (O/B/X), or Labyrinth Lord, or Swords & Wizardry? Specifically, do you use the variable damage rules (either official by-the-book rules or house-rules count), or do you use a unified 1d6 for all weapon damage? If you feel strongly about this one way or the other feel free to leave a comment.
Posted by Shane Mangus @ 10/21/2010 14 comments:

My new wife and I returned a few days ago from our honeymoon and are settling in to our regular routines again. These past couple of weeks have been a whirlwind of activity, both fun and exhausting. We visited Charleston, SC for a few days and soaked in the city's history and ate too much of it's great cuisine. The car ride wasn't too bad, but this may have had something to do with the fact that all of the proper rites were performed and protective symbols in place to shield us from any negative outside influences, as can be seen here: 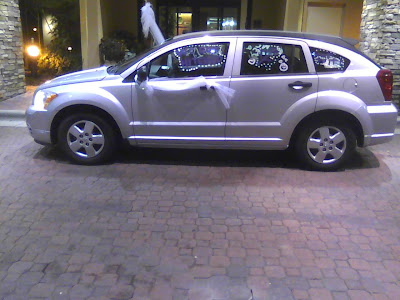 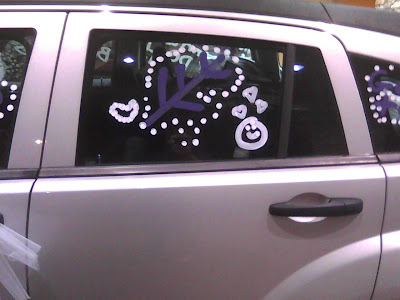 It was my first time in Charleston and I can say that we had a great time. My only complaint is that I feel it is a shame that everywhere you turn in Charleston is a new example of crass commercialism. The number of ghost tours available is evidence of what I am talking about. The Travel Channel did an expose of America's most haunted places and Charleston is supposed to be number two on the list. What better way of celebrating this but to cash in on it! There were over ten different ghost tours that I counted, and I am sure there are probably more that I did not find. I mean how many ghost tours does one city need?
One night we went on a ghost walk called "Ghosts & Dungeons". How could I resist that? All in all I was underwhelmed by the tour. We got to hear a few of the city's ghost stories and were shown a small "dungeon" where pirates were held before they were hung. I can't say exactly why I was not impressed by this tour. The tour guide did a decent job storytelling and trying to set the mood for the tour. Maybe my expectations were just too high. Maybe it was because we had some very annoying teens in our tour group. Who knows? Anyway, here are a few pictures I took of this ghost tour: 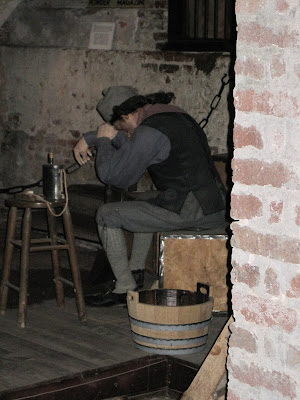 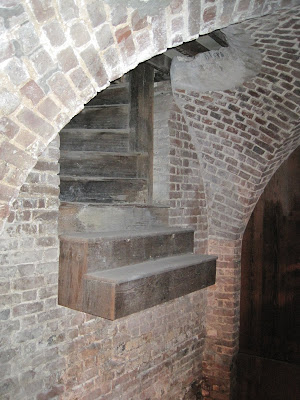 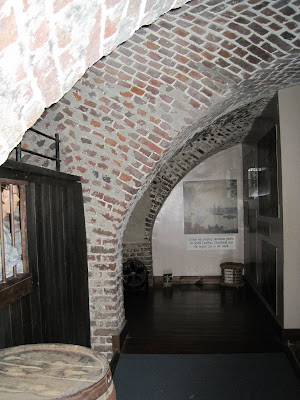 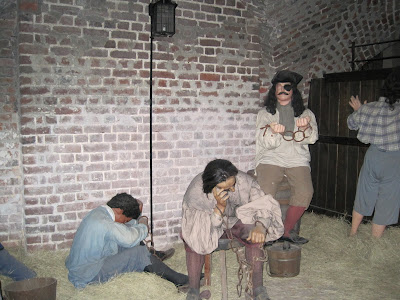 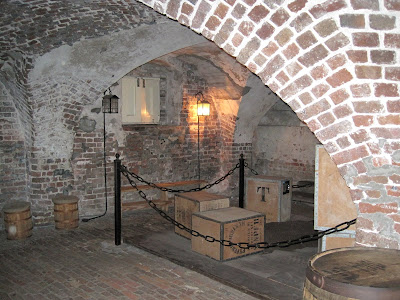 With all this behind me I can now concentrate on getting some writing done on the supplement I am working on for Labyrinth Lord. Also, the Meetup group I have been involved with these past few months is hosting a CthulhuFest on 10/30, and I have offered to run a Sword & Sanity adventure. I have begun preparing for the event and I am designing a One Page Dungeon especially for this. Now I hope I can rope in a few players, which is harder than you think since most people think of Call of Cthulhu before they think of D&D/Labyrinth Lord for Lovecraftian mayhem. Too bad for them...
Posted by Shane Mangus @ 10/21/2010 4 comments:

So, once again I am showing up late to one of these parties, but it is a party nonetheless...
In something of an orderly fashion here are my top 15 games of all time:
Posted by Shane Mangus @ 10/20/2010 2 comments: