If he were still alive H.P. Lovecraft would have been 119 today. I raise a cup of space mead in celebration! 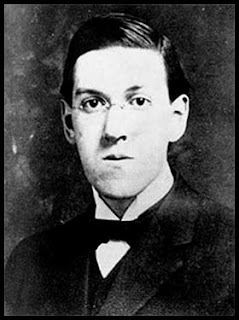 Email ThisBlogThis!Share to TwitterShare to FacebookShare to Pinterest
Labels: Lovecraft

I wanted to share an invaluable resource I have been using for research lately. It is a website called Forgotten Books, and there you will find a veritable treasure trove of classic literature and reference books that can be accessed and read for free, or if you like you can buy the books for very reasonable prices. As a game master / storyteller / world builder this kind of online library is invaluable. The occult titles this site has available are very extensive, as well as those under folklore and mythology. Forgotten Books has something for everyone.
From the website:

Welcome to ForgottenBooks.org! From here you can read thousands of books FREE online (100% viewable) and purchase the books you like as high-quality paperbacks at wholesale prices.

We specialize in historical writings, this includes works such as: classical fiction, philosophy, science, religion, folklore, mythology and sacred texts, in addition to secret and esoteric subjects, such as: occult, freemasonry, alchemy, hermetic and ancient knowledge. Fiction and non-fiction books.

It is our mission to find hidden knowledge and preserve lost knowledge, from antiquity to the present day, and make this information freely available to the world. If you like any of our books, they are all for sale on Amazon.com for little over the cost of the printing. Please take a look. 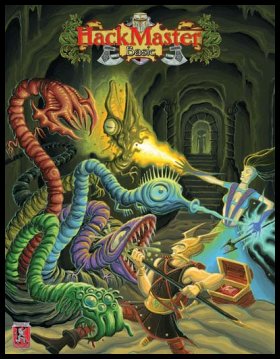 One of the coolest games I have bought in recent history is HackMaster Basic. I have to say I really love this game. It does a great job of reenvisioning the original HackMaster system, while maintaining its old school Advanced Dungeons & Dragons roots. The game designers have managed to add solid new game mechanics throughout the product without bogging the game down in any way. And the fact that they got Erol Otus to paint the cover is reason enough alone to buy this game.

Earlier editions of HackMaster put me off a bit with some of the jokes and dumb comedy that were embedded into the products. I had a hard time imagining the original HackMaster powering a serious campaign because of this. Well, those worries are completely gone with the new edition. Kenzer & Co. have moved away from the less than serious approach, dialed the comedy down several notches and have produced a great fantasy roleplaying game. With a few tweaks here and there I could easily see myself using the new HackMaster rules to power the sword & sanity campaign I am currently running. Now if only they would slap an Open Game License on HackMaster I would be a happy camper...

As for the system, I would put HackMaster Basic somewhere between Advanced Dungeons & Dragons and RuneQuest or Basic Roleplaying. There are things about the new system that remind me of both of these great games.

For those wanting to learn even more about HackMaster Basic take a look at a recent interview Kenzer & Co. did at Gen Con 2009:

Email ThisBlogThis!Share to TwitterShare to FacebookShare to Pinterest
Labels: HackMaster 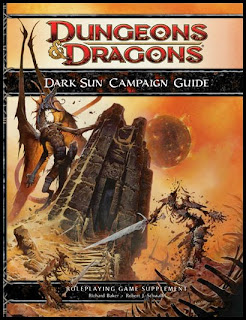 Well, it looks like Wizards of the Coast has announced Dark Sun as the next big campaign setting for 4th Edition Dungeons & Dragons. Though I am not currently playing 4th Edition I think this is excellent news. Read here to find out more.
Dark Sun was originally published by TSR for 2nd Edition Advanced Dungeons & Dragons, and it was unlike any other product they had ever released. It was a setting that was years ahead of its time, and sadly Dark Sun never drew in the audience it deserved back in the day. Since then it has gained a cult following, and it looks like Wizards has recognized its potential.
For the uninitiated, Dark Sun was a brutal post-apocalyptic fantasy setting where magic had ravaged the world of Athas, leaving it a desert planet; the gods were dead and steel was more precious than life itself. The setting was deadly and grim as hell, and in my opinion the closest to a true sword & planet / sword & sandal / sword & sorcery setting ever officially released for D&D. I mention all three genres because I feel Dark Sun in its own way captured all of them beautiful. Dark Sun also represented a genre of science-fantasy that can be classified as "Dying Earth", which has its roots in the writings of Clark Ashton Smith, Jack Vance, Gene Wolfe and others.
If you are tired of the same ol' same ol' in your fantasy gaming I would highly recommend Dark Sun as a setting that will offer "different" in spades. Even if 4th Edition D&D is not your cup of tea do not allow that to stop you from seeking out Dark Sun products released for earlier editions of the worlds most popular fantasy game. Scour eBay and online used gaming shops like Noble Knight Games for copies of the original release of Dark Sun. You will not be disappointed.
Posted by Shane Mangus @ 8/16/2009 1 comment: